skip to main | skip to sidebar

Well everyone has to have a top ten tracks listing – especially one for all time. This doesn’t mean that it’s set in stone. No, we can change our top ten tracks for all time weekly if the mood takes us. Of course it’s a very approximate list. Probably the majority would always be there, but some tracks will come and go depending on my mood. The newer numbers and far more likely to be replaced than some of the oldies. OK let’s get going.

This one is easy. I guess everyone feels a connection with a certain piece of music and Close to the Edge is a very old and dear friend. I first discovered Yes in my mid teens and soon collected almost the complete discography. Pretty much any authority on Yes will describe the album Close to the Edge as their high point, although Fragile, The Yes Album and Relayer are all excellent and come a very close joint second. Indeed, you can argue – and many do – that Close to Edge is the high point of 70’s British Progressive Rock. Close to the Edge the song is 17 minutes long and filled the whole of the first side of the LP. From the awesome musicianship of the introduction, you know you are in for a treat. The manic Steve Howe guitar solo soon mellows into a statement of the main theme before the main verse and chorus section starts. The verse has a fantastic baroque fugue between the rhythm section and guitar while Rick Wakeman’s organ clicks away a single note morse code, while above it all the trademark Yes harmony vocals sing out. There’s a dream sequence middle section with counterpoint vocals that builds slowly to an enormous Wakeman organ solo before the song winds up with a return to the verse-chorus and a magnificent climax. Together it’s such a rich beautiful and varied piece of music that it’s kept me interested for the whole of my adult life. Truly a masterpiece.

If I’d been asked to make this list anytime in my teens I would have picked Echoes as number one. As my friend Iain also described it, ‘this is my happy place’. Everything good about The Floyd comes together in this fantastic piece of music. Totally spaced out but perfectly balanced, it really can send you to another place if you let it. It’s played in the standard Floyd plodding 4/4 and like Close to the Edge took up the whole side of its LP, Echoes. It’s magnificently visual music. As the piece progresses you are transported from an undersea world to a barren wintery hillside before waking to a glorious sunrise and a final ascent to heaven – stoned biblical.

3. Holst - Venus, the Bringer of Peace

My Dad introduced me to The Planets. I was a child obsessed by space. I read everything Arthur C. Clarke ever wrote and spent hours drawing spaceships and reading every detail of the Apollo moon landings. The Planets were my musical accompaniment. Visions from 2001 A Space Odyssey are still how I visualise this piece. It’s haunting melancholy music that juxtaposes something quaintly old fashioned to Titan rising above Saturn’s rings.

Many fear Jazz, but I love it, especially when it’s as good as this. Extrapolation was made in 1969 when John McLaughlin was a rising star of the UK bee bop scene and before he went on to triumph with the Mahavishnu Orchestra. The energy, virtuosity and power unleashed in this track is phenomenal.

My favourite piece of guitar music. From John Renbourne’s wonderful LP, Another Monday. It has a medieval feel lute feel to it and a beautiful complex progression in the middle. I couldn’t find a recording of John Renbourne playing it on YouTube, so you’ll just have to take my word for it.

More prog. And this is perhaps the epitome of prog: silk kimonos; dual double neck guitars; ridiculous lyrics based on romantic poetry; magnificently pompous and overblown… but what a joy. Neil Peart’s exquisite drumming, with the most awesome fills in rock coming in quick succession, alone makes this a classic. Progtastic!

Just to prove that I have listened to something since the 1970’s here are my new found love, Mastodon. Their album Blood Mountain is by far the best metal record I have ever heard. The standard is so high that it’s difficult to pick a single song to represent it, but Capillarian Crest is one of the best. The counterpoint guitars in the middle section are a staggering display of duelling virtuosity, and if Vivaldi had possessed a Les Paul he probably would have sounded something like this.

8. The Ruts – Staring at the Rude Boys

Considering my age, it’s not surprising that I would have a punk band somewhere in my top 10. I find most of my generation’s insistence that Punk was some kind of revolution laughable and I consider it a mostly negative cultural event. The denigration of virtuosity meant that there was a real dearth of good music after the late 70’s and early 80’s. Sure it meant that ‘anyone could have a go’, but it also meant that it was mostly crap. In any case it was a lie, all the best punk bands assembled excellent musicians; just consider The Clash, Souxie and the Banshees and The Stranglers. Staring at the Rude Boys remains my favourite piece of music from that period; a brilliantly powerful blend of reggae feel and rock.

OK, that’s enough modern crap. Back to the sixties! I had the honour of growing up in a dysfunctional commune buried in the woodland of deepest Kent and although I’m 20 years too young, the whole 60’s hippie vibe resonates deeply with me. I love to grow my hair long, and although I’m actually rather an intense geeky character, I’ve got a deep seated longing to transition to a naturally stoned, zen-like calm. It’ll never happen, but the closest I get is to listen to the blissed out groove of Wooden Ships. Funny, because the actual lyrics describe the aftermath of a nuclear holocaust … but at least it has a happy ending.

Well, ten comes all too quickly. There are a hundred tracks I could easily have chosen for my top 10, and if I stopped for a while and thought about it, I can probably think of many pieces of music that I actually like more than these last few. So it’s random and mostly a reflection of my mood tonight as I write this. This track, Death Whispered a Lullaby, is one of those songs that I simply can’t put down; I feel compelled to listen. Dark, sparse and melancholic with something of Dark Side era Floyd about it. It conjures images of monsters, dark ancient woods, fear and longing, but a beautiful fear. Mikael Åkerfeldt has one of best voices in modern music, which is Ironic when you consider that he’s spent most of his career growling ‘Death Metal’ vocals.

So there you have it, my top 10 of all time. I expect I’ll put up a revised list soon after I’ve realised that I’ve changed my mind about all of them. 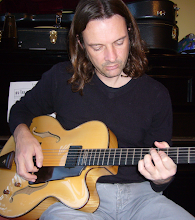 Anecdotes and Observations by Mike Hadlow